Retirement: it’s not just for the elderly.

Thirty-six-year-old JB lives to inspire the old folks at Whispering Pines Rest Home. He listens to their stories, encourages them to get some fresh air, and makes sure they aren’t just sitting around waiting for the end to come.

But he’s not a doctor, not a therapist. He’s a resident of Whispering Pines, too.

When the finances for Whispering Pines hit the skids, the Home starts to earn the wrong kind of attention. And JB is left to confront the harsh reality of his past, and the reason he dropped out of life to retire three decades early. A reality he has been working hard to avoid since stepping foot inside Whispering Pines.

Sometimes life — and getting back to really living — requires some assistance. 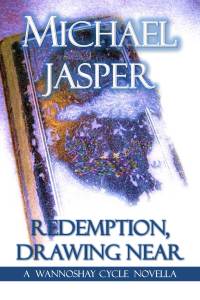 Less than a dozen years from now, over thirty black ships containing the aliens the world will come to know as the Wannoshay arrive on the frozen earth of the Great Plains of America and Canada.

When communications break down between the military personnel of the humans and the leaders of the Wannoshay, Father Joshua McDowell gets a chance to make first contact with the aliens.

And just as he thinks he has come to understand the aliens and his new friend known as Johndo, Father Joshua realizes he has a lot more to learn. And what he doesn’t know about the Wannoshay just might kill him…

Magic: It can show up in the strangest places…

An old man sleeping in a cardboard box in snowy Chicago holds the secret of sorcery in his head. Thanks to the damage done to him by using magic decades ago, he doesn’t realize it. Most days he can’t even remember his own name.

But when two teens try to jump him in an alley, the magic Words come back to him at last, and he “infects” the kids with magic. And soon Chicago has a wild epidemic of magic on its hands…

An earlier, but still self-contained version of the novel A Sudden Outbreak of Magic, but with a slightly altered cast of characters and plotlines. Consider it the “alternate-world” version of the Contagious Magic story.