Spoiler Alert! Don’t read this report if you haven’t played The Lost Mine of Phandelver! 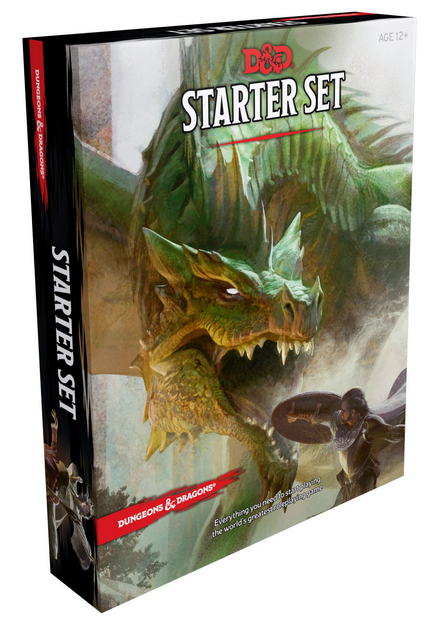 Session 1: The Driftwood Tavern, Neverwinter and the Cragmaw Hideout (9/23/17)

Gundren Rockseeker, a dwarven miner, meets with his old friend Zaxbinaxby the Silverthorn (a dragonborn wizard, aka Dad) and new acquaintances Emally (a human bard, aka Mitch) and Darius Falone (a half-elf paladin, aka Drew) to get them to bring a wagonload of supplies to Barthen’s Provisions in Phandalin. Payment is 10 GP each. Emally introduced herself to Darius by trying to pick his pocket, but Darius caught the little urchin.

Gundren leaves to head to Phandalin with his friend Sildar Hallwinter, and the trio leave a day later. After three days of travel, they meet fellow adventurer Eileria Fangorn (wood elf ranger, aka Elizabeth) when they turn off the High Road from Neverwinter and begin traveling east on the Triboar Trail toward Phandalin.

After half a day on the Triboar Trail, they find two dead horses, which must have belonged to Gundren and Sildar. Then goblins ambush them, just as they recover an empty map case from Gundren’s horse. They defeat the goblins, avoid two traps, and enter the hideout! They fight goblins and find an unarmed and barely conscious Sildar, but no sign of Gundren!

The party gets news of the Rockseeker brothers from Sildar, who remains behind to rest. After avoiding triggering a flood and defeating goblins and wolves, the party defeats Klarg the Bugbear. They find the missing supplies for Lionshield Coster, and Ellaria finds a small jade statuette of a frog w/ golden eyes.

The team gathers up Sildar and return to Phandalin. After leaving him at the Stonehill Inn, they go shooping! They also level up to level 2!

After a good night’s rest, the party wanders town, looking for information about the goblin attacks. Barthen talks about the missing Gundren, the redcloaks harassing everyone, tells Darius to tell Linene Graywind at Lionshield Coster that Gundren “sends his regards,” and she gives Darius a Bag of Holding along with a history of Wave Echo Cave.

At the Sleeping Giant tap house, Redbrand ruffians attack, and the party leaves one alive and interrogates him. He tells of Glasstaff and his minions at Tresendar Manor, the Black Spider as the kingpin, and the “eye monster” and captives. The party takes the injured man to the Inn to Sildar, who tells everyone he knows Glasstaff – he’s a traitor from the Lords Alliance!

They head off to Tresendar hideout wearing cloaks taken from the defeated ruffians, and they trick some more ruffians there with their cloaks. They defeat a nothic  (the eye monster) and skeletons from the Tresendar crypt. Zax picks a lock, then promptly knocks over some barrels, making the ruffians in the next session aware of the team’s presence.

Deep under the Manor, after fighting more ruffians, the party frees Mirna Dendrar and her 2 children, and realize her husband was the dead body in the crevasse near the nothic. They fight goblins and bugbears as well, rescuing Droop the goblin from his tormentors.

Droop volunteers to help the party, and gives everyone tons of information, including the location of Cragmaw Castle and Wave Echo Cave.

With Droop “leading” them, the team confronts four drinking and gambling ruffians, and he yells “Imposters” and points at the team (still wearing their red cloaks)! Battle ensues.

In the wizard’s workshop, Droop captures and kills Iarno’s rat familiar, allowing the team to surprise the evil mage Glasstaff, aka Iarno Albrek in his quarters. Iarno drinks a potion and turns invisible, but Eileria and Darius use their tracking skills to catch him before he gets away. Zax takes Iarno’s glass staff (a Staff of Defense). During the fight, Droop disappears (he hates wizards and magic)…

In Iarno’s quarters, the team finds a very incriminating letter from the Black Spider to Iarno, which they take along with the defeated mage back to Phandalin. On the way, Iarno admits that the black spider is actually a drow looking to find and use the secret magic in the Wave Echo Cave.

Back in Phandalin, the team gets a very mean look from Grista the dwarf, the bartender at the now-empty Sleeping Giant tap house, as they walk past. Iarno takes advantage of the distraction to try to escape, but the flying fists of a dragonborn monk, Torinn Thava, deftly subdues him once more. Torinn is a relative of Zax’s from Clan Turnuroth, and she bring news of giant attacks from the north. Zax leaves to investigate the attacks, and Torinn agrees to take his place while he’s away.

They leave Iarno with a recovered Sildar and head to Cragmaw Castle, based on Droop’s information. On the way, the party is attacked by well-armored hobgoblins while camping, and one of them has a poorly drawn sketch of Emally with the word “Wanted” scrawled on it.

At Cragmaw Castle, the team skips the main entrance and slips over the wall into a side entrance. They try to be quiet, but they run into more hobgoblins, which they dispatch, but noisily…

In the ruined tower of the castle, the team hears voices from the other side of a makeshift canvas door. They creep inside and surprise the bugbear King Grol, arguing about the map to Wave Echo Cave with Vyerith, who appears to be a drow (actually a doppelganger), and they have Gundren. The party defeats Grol, Vyerith, and Snarl (Grol’s wolf), rescue Gundren, and recover Gundren’s map to Wave Echo Cave! On the way out, the party meets a returning band of hobgoblins, which they easily dispatch. To level 3!

After a rest in Phandalin, where Sildar reunites with Gundren, the party levels up and prepares to travel to the cave. Eileria picks up a pseudodragon for her Ranger’s Companion. In the meantime, Sildar plans to take Glasstaff to Neverwinter for trial.

On the trip to the cave, Gundren tells the party the history of the cave, including the huge battle fought there between wizards, dwarves, and gnomes again orcs and goblins for control of the magical Forge of Spells found within the cave. Gundren suspects the Black Spider is determined to find and use the Forge once more.

At the entrance to the cave, the party finds the body of Tharden, one of Gundren’s two brothers. Gundren stays with his brother and begs the party to find the Spider in the caves, which boom with the sound of waves every two minutes or so.

The party defeats stirges, ghouls, a flameskull, and Mormesk the wraith, and they make their way into the smelter cavern and the wizards’ quarters, where they find a chest with treasure and a map to legendary White Plume Mountain! The party blocks the door and rests overnight.

Zombies await the team outside the wizards’ quarters, but they are defeated when Emally ties a rope to her sword and swings it in a circle of devastation.

The team finds the Forge of Spells, along with a spectator guarding it. After barely defeating and banishing the spectator, the team find two weapons enhanced by the Well: Lightbringer (+1 mace) and Dragonguard (+1 breastplate). Darius bathes his sword in the green light of the well, and Eileria does the same for her Longsword, giving the weapons +1 attack and damage for 1d12 hours.

The well collapses after that, and sets off a small earthquake. Water begins to rise, and the party heads west, looking for the Black Spider. They find three bugbears and Vhalak (another doppelganger), and chase them back to the Spider’s lair.

With the help of Ellaria’s pseudodragon, the bad guys are defeated, and Nundro (Gundren’s other brother) is freed. Everyone rushes out of the cave, which is almost completely filled with water and ruined, and they grab Gundren on the way out.

The quest is complete, and everyone levels up to level 4 back in Phandalin!

After just a night of rest in Phandalin, where the heroes are given free drinks and rooms as payback for freeing the town from Glasstaff and the Black Spider, the party ends the next day with rumors.

First, at Lionshield Coster, Linene Graywind asks if they’ve heard news about the escaped wizard Glasstaff. Sildar got called away to Old Owl Well to deal with an orc issue, and as soon as he was gone, Iarno Albrek (aka Glasstaff) overpowered Harbin Wester at Town Hall (charmed him and cast Hold Person on him!). Rumor has it Iarno headed north, possibly to the ruined town of Thundertree to meet up with the mad druid Reidoth.

Second, At Stonehill Inn, Daran Edermath tells the team about the missing druid Reidoth, and how he might be teaming up with plant creatures and zombies to attack Phandalin! He gives the party a magical weapon: Deadslayer (+3 damage and attack to undead)

Determined to keep the town of Phandalin safe, the party travels to Thundertree. They arrive early the next day to fight off twig blights and vine blights, which the team burns up with magic. They do notice strange, green flashes of light coming from the ruined tower high above town.

They stop outside the blighted cottages to rest and plan out their next move – keep investigating the buildings or head to the tower? They also can’t fight the feeling that someone has been following them…

Something’s fishy in Thundertree. Emally checks to see if she can see who’s following them, but their follower is too quick. She does hear scuffling sounds in the Brown Horse Tavern, so she shoots a crossbow bolt through the door and hears the sound of ash zombie voices. The rest of the team comes to help her in battle, and the zombies are defeated.

Along with occasional green flashes from the tower, the party sees smoke coming from the small, intact cottage in the southwest corner of town. Just as they are about to knock on the door, Droop arrives! He’s been following them, and warns them of danger and dragons. They knock and meet Reidoth and Venaa, and she reveals her green dragon identity (Reidoth looks away). She’s lost her three eggs and wants the party to get them back, in return for magical items from her pile of loot.

The eggs are about to hatch, she says. Find them in the intact buildings, she implores everyone.

The team rushes to the barracks in the northwest corner of town, and Zax recognizes the statue of Palien the fighter, along with acid scarring around the statue, leading to the barracks. The team fights more ash zombies and recovers the first egg. Droop catches up and talks smack about dragons.

They head south and fight off spiders to get the second egg, and then head to the tower to see what the green lights are all about. Darius climbs the tower and sees five dragon cultists! Zax prestidigitates a distraction, while Violet the pseudodragon and Eleria find the third egg (which is starting to rattle). Battle ensues, and Zax thunders the cultists back into the tower while they subdue and tie up Iarno Albrek.

Everyone runs back to Reidoth’s cabin, and Droop is the one to bring the eggs to the front door. The roof explode as Venaa looks for her babies, but they’ve already hatched. She gathers them up and disappears, while Reidoth has to give away his last two trinkets to Darius and Emally to make up for their lost magical items. The party is ready to bring Glasstaff to Neverwinter and get some well-deserved rest.

Reidoth, meanwhile, is devastated that his “lover” has left him. And he’s convinced he needs a very powerful magical item to protect Thundertree and Phandalin from any future attacks…