This week’s free-for-a-week Free Fiction Friday story is “Natural Order,” the first of many reprints coming your way from UnWrecked Press this year.

UPDATE: Now that the free week is over, you can read the rest of this story by downloading a copy from  Smashwords or Amazon. Then you can read it on your laptop, desktop, Kindle, iPad, Nook, iPhone, or whatever device you use to read ebooks.

I wrote this story during the 2000 Writers of the Future workshop, taught by Tim Powers and Algis Budrys, and it’s still the best story I’ve written in under ten hours. It was first published at Asimov’s SF Magazine in 2002.

This story is dedicated to our late pet greyhound, Whit (as you read, I think you’ll understand why).

They picked me up outside Wilmington, North Carolina, just before the rain began, but not before the gale-force winds blew the cigarette out of my mouth.  In the dark, I touched the fresh pack of Camels in my coat pocket with relief, feeling more tired than usual.  But as long as I had my smokes and my ride, the wind and the rain didn’t bother me.  That was just my nature.  In a matter of speaking. 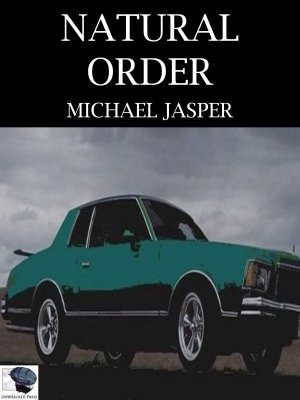 In the shotgun seat, Mrs. Thompson was bent double, her tiny black hand holding the seat forward at a sharp angle.  I pushed my way into the back seat of the mint-green 1972 Monte Carlo.  The interior light was dead.  I could just make out Missy, a young girl with brownish-blonde dreadlocks, squirming impatiently behind the steering wheel and revving the car’s big engine.  I’d have to fix the light tomorrow, on our way to the next job.

The front seat dropped into place as I fell toward the back seat, but instead of the cool, welcoming bucket seat I was expecting, I landed on top of something hard and furry and muscular.  Sudden barking filled my ears as yellowed teeth flashed in front of my face.

“Down!” Mrs. Thompson shrieked, her voice carrying over the wind and rain.  A coiled umbrella shot past me to hover an inch from the muzzle of the long-nosed dog glaring at me.  Mrs. Thompson’s black face was a perfect circle of pinched mouth and squinted eyes as she shook the umbrella tip at the dog.

Bob? I wondered, trying to shift my exhausted body off the long-legged dog taking up most of the back seat.

“Put that thing away!” Missy shouted, swerving as the Monte hit water and hydroplaned.  “You’re gonna put us all in the ditch, old lady.”

Read the rest of this story by downloading a copy from  Smashwords or Amazon. Then you can read it on your laptop, desktop, Kindle, iPad, Nook, iPhone, or whatever device you use to read ebooks.