Having spent the past week and a day in the World of Disney, and getting completely worn out chasing our 2 boys (ages 6 and 3) with my wife and her parents, I realized that we’d learned a lot about Disney World on our trip.

So I wanted to share my nuts-and-bolts list of what to do to maximize your trip to Disney World.

1. Plan out your days there, but don’t plan too much. Plan two days per park, if possible. There’s so much to see, it’s easy to get overwhelmed. So figure out which park you want to hit, and do a different park each day, so when you come back to the same park again, it’ll feel familiar and less overwhelming. You can also get a good idea for which rides are more popular and avoid the long lines by hitting them early. At the same time, be flexible and go with the flow. Remember, you’re there to have fun, and not tick off every single ride like a punch list!

2. Grab the free map/brochure for each park. At each park entrance you can find a handy map you can fold up and stick in your pocket. This page has scanned versions of those maps if you want to get a sneak peek — I suggest you focus on the parks in this order: The Magic Kingdom, Epcot, Animal Kingdom, and then Hollywood Studios. One map per park. And that’s really all you need for finding your way around. Sometimes it’s good to get a little lost. Plus kids love learning how to use maps.

3. Use the Fast Passes whenever possible. These are an awesome invention. Each park has 3-4 rides that always have long waits, unless you get there right at 9 or 10 a.m. when the park opens (and even then there’s a 20-minute wait, it seems). You use your park entry card to get a Fast Pass ticket, and on that ticket is a one-hour window later in the day (sometimes HOURS later!) when you can just take a shortcut straight to the front.

And even if you have kids in your party who definitely will not ride on the ride, you can use their entry card to get more Fast Passes.

4. Prioritize the rides! Some rides truly aren’t worth the wait, while others truly are can’t-miss opportunities. This is where the Fast Passes come in handy, and you’ll need to be flexible to schedule your day around the Fast Pass times.

I highly recommend the following rides: 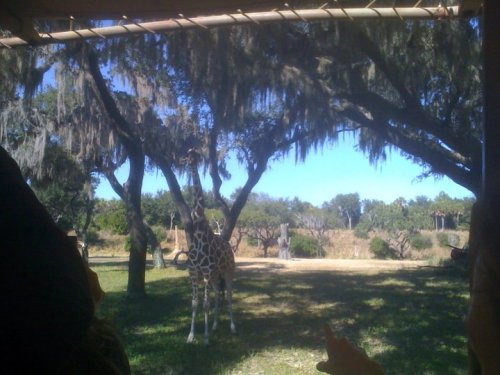 5. Take advantage of all the places to rest while the kids play. Disney has this theme park thing down to a science. There are great play areas in all the parks that are shaded and cool, and let parents get their second wind (unfortunately, it was bitterly cold most the week we were there, so at least we didn’t have to worry about overheating!).

6. Bring snacks and bottled water. There are lots of kiosks and restaurants in the various parks, but lines at the restaurants are long, and paying $4 for a pretzel and $2.50 for a bottle of water is ridiculous with the kiosks. You can bring in a backpack if you don’t want to use a stroller to store your water and food.

7. Let the pros take your photo and look at them later using the Photo Pass website. At first I thought this was a scam to make a fast buck, but it’s actually a nice service — you’ll see photographers all over the parks with their cameras, waiting to snap a shot. You have no obligation to buy any photos, and you’ll get a great shot. Plus, if you’re like me and the one who usually snaps photos, you can actually get some photos of yourself. Granted, because this is Disney, the printed photos are pricey ($15 for 2 4x6s, or one 5×7).

8. Wear some good walking or hiking shoes. You’re gonna need them. I didn’t realize how spread out all the parks are (I read that the parks cover 42 square miles!). You’ll also want a stroller if you have kids six or under — a stroller also comes in handy to store snacks, coats, and anything else you might accumulate over the course of a day in the park.

9. Skip the Disney dining plans, but get the Park Hopper Passes. We usually ate a quick breakfast at the hotel and had a big lunch in one of the parks or at an outside restaurant later, usually around 2 or 3 p.m. to avoid the crowds. We’d load up on nuts or cereal bars if we got hungry. With the Park Hopper passes, we could go to any of the four main parks, at any time. We ended up hitting Epcot the most, but we went to all of them twice, except for Hollywood Studios, which was a bit of a disappointment (mainly because our kids were too young to really appreciate it).

10. Mix up the time of day you visit the different parks. Some events take place late at night, so go into the parks after lunch and stay ’til after dark. Other days, get there early and leave early (for naps, etc.). You don’t want to miss the light parade at Magic Kingdom, or the fireworks at Epcot. So much to see, and I know we missed half of the good stuff.

I guess that’s how they hook you to come back next time… We need to save up some money for Mitch’s birthday next (we went for Drew’s 6th). Maybe in 3 years we’ll have saved up enough do-re-mi to go once more.

Have fun, and hope this helps!

Also — if you found this useful, please leave a comment, below, or at least vote with the stars, below. And if you REALLY appreciated it, feel free to buy something from my Store. 🙂